The Light at the Bottom of the World by London Shah 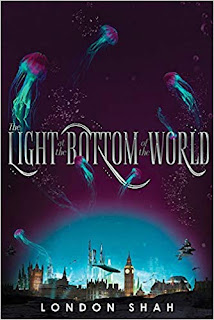 The year is 2099 and the world as we know it is now underwater.  After disaster struck the planet, those that survived had to learn to live in this new world.  But with the new world also came new threats.  The Anthropoids were new humans, designed to help the planet survive after the disaster, but now brings terror through planned attacks.  Meanwhile, the new government may not be all that it appears, with the Blackwatch guarding the Prime Minister and carrying out their own kind of terror.

Leyla McQueen is a Muslim teen who loves racing through the streets of this new London, pushing her submersible to the limits.  But she is on her own now, after the previous passing of her mother and the recent imprisonment of her father on false charges.  When she is chosen to race in the prestigious London Marathon, she sees a way to save her father.  But the government has other plans.  In order to save her father, Leyla must set out into a world that has always scared her, a world of the unknown outside the boundaries of London.  And when an unwanted passenger is discovered on her submarine, Leyla is forced to open her eyes to a world that she has always been blind to.  As she embarks on the dangerous journey to free her father, maybe Leyla can start facing her fears and viewing the world in ways she never knew was possible.

"A work of fathomless imagination" --Samantha Shannon, New York Times bestselling author of The Bone Season and The Priory of the Orange Tree

In the last days of the twenty-first century, sea creatures swim through the ruins of London. Trapped in the abyss, humankind wavers between fear and hope--fear of what lurks in the depths around them, and hope that they might one day find a way back to the surface.

When sixteen-year-old submersible racer Leyla McQueen is chosen to participate in the prestigious annual marathon, she sees an opportunity to save her father, who has been arrested on false charges. The Prime Minister promises the champion whatever their heart desires. But the race takes an unexpected turn, forcing Leyla to make an impossible choice.

Now she must brave unfathomable waters and defy a corrupt government determined to keep its secrets, all the while dealing with a guarded, hotheaded companion she never asked for in the first place. If Leyla fails to discover the truths at the heart of her world, or falls prey to her own fears, she risks capture--or worse. And her father will be lost to her forever.
Posted by Joe Godina at 5:47 PM No comments: 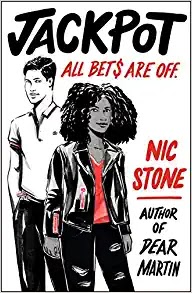 Rico is a teen girl whose family doesn't much.  Her mom works two jobs in order to try and make ends meet and keep them in a neighborhood with a good school system.  But that's not enough.  Rico also works to help support her mom and little brother.  And when an elderly women stops in to Rico's convenience store on Christmas Eve and purchases two lottery tickets, Rico's life changes.  The woman offers Rico one of them and when the numbers are called later that night, Rico isn't a winner.  But she knows those numbers are on the other ticket the woman purchased because they included the numbers of her birthday.

Only one of two winners has come forward to claim their prize, and it wasn't the nice old lady.  Now Rico is determined to track her down, but has no way of finding out who she was.  She must ask the only person she knows who could hack in to the security system at the convenience store to help track her down.  The only problem is this person is Alexander Macklin, a boy who comes from a completely different world.  Zan comes from an extremely wealthy family and seems to have the world at his fingertips.  But as their journey begins, Rico discovers that Zan is much more than she ever thought, but also questions if his friendship (and maybe even more) can be genuine.

Jackpot will take the reader on a wild ride as these two try to hunt down the woman holding that winning ticket while at the same time trying to navigate a budding relationship.  Rico must also figure what her true intentions are for finding the winning ticket and what that may me for the future of her family.
From Amazon:


From the author of the New York Times bestseller Dear Martin--which Angie Thomas, the bestselling author of The Hate U Give, called "a must read"--comes a pitch-perfect romance that examines class, privilege, and how a stroke of good luck can change an entire life.

Meet Rico: high school senior and afternoon-shift cashier at the Gas 'n' Go, who after school and work races home to take care of her younger brother. Every. Single. Day. When Rico sells a jackpot-winning lotto ticket, she thinks maybe her luck will finally change, but only if she--with some assistance from her popular and wildly rich classmate Zan--can find the ticket holder who hasn't claimed the prize. But what happens when have and have-nots collide? Will this investigative duo unite...or divide?

Nic Stone, the New York Times bestselling author of Dear Martin and Odd One Out, creates two unforgettable characters in one hard-hitting story about class, money--both too little and too much--and how you make your own luck in the world.

"A delightful, hilarious romance that digs into issues surrounding class. You'll laugh as much as you sigh while reading this novel about luck, love...and how having a little bit of both is more than enough." --Paste

"Funny, captivating, and thoughtful." - The Atlantic.com
Posted by Joe Godina at 6:56 AM No comments: 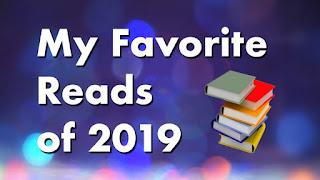 With a new year upon us, it is time to put together my top ten list of books I read in 2019.  This is such a difficult task.  I read so many good books during the past year and narrowing it down to just 10 is nearly impossible.  With that being said, I've put together a list.  This list could be different a week from now or even tomorrow, but this is my list as of this moment.  There were so many great books by great authors published in 2019, but I also picked up some older titles that had slipped by over the years.  2019 was a great reading year and I look forward to all the great books I will encounter in 2020.

Each title on the list will link to my original post of the novel if you want to go back and check out my full review.

1. The Line Tender by Kate Allen
-This was such a beautiful story.  I read this one over the summer and immediately knew it would be near or at the top of my year end list.  And the main character's name is Lucy, so that made it even better.

2. Heroine by Mindy McGinnis
-A really powerful book about the dangers of the opioid crisis that has effected so many of our youth.

3. Exile From Eden by Andrew Smith
-This is the long-awaited sequel to Andrew's Grasshopper Jungle.  Andrew is one of my favorites as is GJ, so I have been waiting a long time for this one.  And it may be weird to say this, but I think I enjoyed this story more than the original.

4. Let Me Hear A Rhyme by Tiffany D. Jackson
-I am always blown away by the novels of Tiffany D. Jackson.  While different from her first two novels, this one did not disappoint.  It was an incredibly fun story.

5. Patron Saints of Nothing by Randy Ribay
-This is a powerful and important book about family and friendship and the atrocities that have taken place in the Philippines.  A well deserved finalist for the National Book Award.

6. Devils Within by S.F. Henson
-I am a sucker for a good cult story and this is one of them.  It is a story that will haunt you long after the last page.

7. The Running Dream by Wendelin Van Draanen
-This is an older title, but one I am so glad I picked up.  What an incredible story about perseverance, will power, and the triumph of the human spirit.

8. Two Can Keep A Secret by Karen McManus
-McManus writes such incredible mysteries and this one was great.  And as the new year begins, her third novel is set to be released on January 7.  I can wait.

9. Fadeaway by Maura Ellen Stokes
-The debut novel from Stokes, Fadeaway was a beautiful story about loss and grief, but also about the enduring power of friendship.

10. The Size of the Truth by Andrew Smith
-Another one on the list by Andrew, this one a prequel of sorts to his incredible novels Winger and Standoff.  And I have to say, I didn't know that Andrew could pull off a novel without the cuss words, but he did a masterful job of it.

Posted by Joe Godina at 9:59 AM No comments: